The youth retreat at which I had been asked to preach last weekend was very powerful. The week before the youth retreat I had had my own retreat with the Lord and He spoke to me many things. 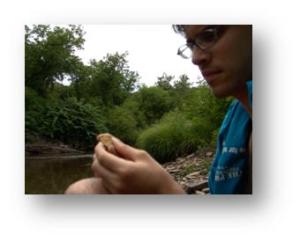 He stirred faith in my heart for what He would do at the retreat and in this upcoming season of my life. The Lord convicted me about the need to preach the Gospel, that it is the power of God unto salvation to those who believe (Romans 1:16). Since the Lord began to convict me about this in the past month I have led about 18 people to the Lord! That personal retreat was very refreshing and the Lord used it to further whet my appetite for Himself. I left that personal retreat with insight on some of the things that the Lord wanted me to share with the youth. God had specifically told me not to prepare any notes but to lean on Him for what I would share.

At the meeting place from which we would travel together to the campsite I met a young man whom, not long into our conversation, I found out had not given his life to Jesus. I asked the Lord to put him in my car when they arranged rides so that I could preach the Gospel to him. The Lord did and for most of the over an hour-long-ride I explained the Gospel to him. At that point he was not sure he was ready to give his life to the Lord. I let him know that from then on he would be held accountable for his response to the Gospel; whether to surrender to the Lordship of Jesus or not. I knew that he would have other invitations that weekend as the Lord had told to preach the Gospel to all the youth.

I did not always know what I would be preaching when the sessions started and we were worshipping. Sometimes I didn’t know until I grabbed the microphone. The second session of the retreat I preached the Gospel! I shared the good news of Jesus’ death and resurrection which made a way for us to come to the Father. I also shared about our need to give Jesus all of our life just as He gave for us His life; to come to Him as Savior and Lord of our lives. When I made the invitation to receive Jesus and to give Him our lives around 12 people responded. It was a wonderful time as lives were surrendered to the Lordship of Jesus! The young man I mentioned in the beginning still did not come.

During the fifth session the next afternoon I felt the Lord lead me to preach on the Baptism of the Holy Spirit and the Gifts (Manifestations) of the Holy Spirit as described in 1 Corinthians 12 starting on verse 7. I shared some of my testimony and the hunger that I cried to the Lord with for months and years for these experiences in Him. Many of the youth felt hunger as well and responded to the invitation to come to the altar and ask the Father and wait on Him for such experiences. Among the many that came up, my friend, the young man whom I had been waiting to see His decision to follow Jesus came up. I went right to him. I asked him what he desired from the Lord, just what I had spoken of he explained. I continued on to explain that what I had taught on required that we already have given our lives to the Lord and in many ways is an even greater commitment to God. Fire fills us and burns what is in the way when we are baptized with the Holy Spirit. I once again preached the Gospel to him and told him that we can never be good enough to receive the Grace of God and that is precisely the reason why we need His grace. I encouraged him to trust in the Lord to strengthen him to be able to fulfill his commitment to God. He finally decided to give his life to the Lord!!! At once my dad and I began to pray for him. As we did this young man felt a hand touch three spots in his back that had been injured 5 years prior and had remained affected for those 5 years. He felt the bones and parts in his back shift into place. What doctors have desired to do but cannot God did! He manifested what He paid for on the Cross!!! God is so Good! The rest of the retreat continued to go from glory to Glory.

The retreat ended on Saturday afternoon and that night the Lord sent me to play the violin at a meeting being led by some friends of mine. They have a powerful ministry that reaches out to youth that are lost and stirs the flame of God’s Love in youth that are hungry for the Lord. They had a missionary to Japan share her testimony and many were moved by God to respond and accept God’s call on their lives! As that was taking place I played the violin along with the worship music that was meant to facilitate the altar call. It crescendo(ed) to another worship service where God’s presence was so sweet we didn’t want to leave!

Then on Sunday night I went to a service at Full Gospel Fellowship; I did not know then, neither did anyone else, that I would be preaching. As we worshipped the Lord spoke to my heart that He had a word for the church that He wanted me to share that evening. I asked Him, “What is the word?” “Power” He replied. There were various confirmations throughout the worship service to this leading. I knew then that I would preach that night. I asked the Lord to have Pastor Mike invite me up to facilitate that word. After worship Pastor Mike preached a very short impromptu message before moving into a time of testimonies. When time came for the testimonies he said “We will start with Sebastian. Sebastian why don’t you come up here.” I had not volunteered to share a testimony, though I had many from the weekend, but the Lord set me up. I proceeded to the altar and after I shared some of what I have shared in this update I asked Pastor Mike if I could share what the Lord had placed on my heart. He gave me the green light and I began. Here are some notes on what I shared: “Weakness is not the propensity to sin, but it is our inability to do anything (of value) apart from Him. God doesn’t want us to try, sometimes people say, “Ok, I’ll try.” Trying requires human strength, but God wants us to walk in His Power. He wants a decision from us, a commitment to do whatever He requires; to say “Yes” then He will fill us in our weakness with His Strength!!!”